Without a true sense that we are exhibiting, upholding, or helping to create a worth-while part of the environment in which we find ourselves, we are like ships, untended and without  adrift. In our part of the universe, it is only a matter of time before things start to destructive. For some, their dedication to family makes that group better off, so that can be something to help hold you to admirable standards. sometimes the things we deem a moral or societal 'good" can get us through.others, for completely identical reasons will forge alliances to further causes and that assures them that they are part of something more sublime than a single lifetime. how we reach out to grasp hand holds on each of our environments, may differ, but it always satisfies a basic human need. to feel part of something greater. 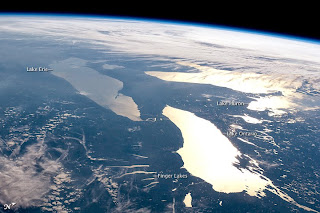 I saw a phenomenal video that included most of two breasts, during feeding time. It certainly was not pornographic, but it was something I had seen many times before. Bare chested nursing allows the child to individuate and assure themselves of hundreds if not thousands of discreet elements. The assurance that nursing gives children, at first is mostly about the mouth and the other nipple is not as important, but the fingering of the second nipple by the child reminds them that their realm extends further than their own mouth. Too many powerful people today have not been assured of that enough. I have no proof that they were "cut off" too soon, or if they were born in the time when doctors were really pushing formula, but I digress. Knowing the hand is capable of doing the same thing as a mouth, over there, is the beginning of spatially exploring the world.

Parents know that babes often grab at their genitals. I have seen babies that hurt themselves and developed compassion for the nipples they squeezed real fast. again I digress. The educationally important aspects of this video were profound. It does not hurt that I also made contact and became associated with others who are in the pro-intact genitals for all humans demographic. Understanding the perversion of sexual violence that is being inflicted on the majority of boys born in the U.S.A. I have always advocated for leaving boys intact as well as girls. I don't care if you sexually abuse a child strapped down with Velcro, with a sterile knife and with a white coat on, or not, you are a criminal in my book. My purpose is to share as many different avenues to the public to lead back to, explore and realize the true schism between humankind and nature that exists. We can debate endlessly about what issues might need to command our most vigorous activities, but first we must grapple with reality, truth and the very "nature" of what we call being alive, responsible adherents to natural law.

My primary focus is on fusing as many disparate elements into the crucible, each element resonating or emulating a part of the future I envision, forming an amalgam that combines the humanity of not sexually abusing children "for their own good", ever again, ever; Combined with the foresight to look seven generations into the future. If any idea violates the rights of future generations to enjoy the planet like our own ancestors did, it must be rejected. This sort of awareness convinces humanity as a species, that creating waste that will be around for millennea to move some atoms today is a fools bargain. My world has been post nuclear since i learned of this demonic and despotic subsidy of now by sacrificing our collective future. Einstein realized it, almost immediately upon publishing his E=MC2 revolution. that is why he worked to prove the Unified Field the rest of his life, he thought that he could stop people from going nuclear if there were to be proven, mathematically a "god".

My own clarity of purpose developed when I was just young. I realized both the truth of what the scientists and hippies were saying...We are all stardust...and that love is truly the answer. Now, we are poised on the verge of fifty years later and scientists are still having to "prove" that breastfeeding continues to have benefits up to two years, and that the easiest way to turn loving, compassionate, helpful and cooperative children into psychopaths and sociopaths is to abuse and/or neglect them. Can we please just meld these ideas in our minds? Is it too much to ask? Don't hurt anyone is the first and only rule we really ever needed to learn. Pretty much all our other lessons boil down to that.

"Healing the rift between humankind and nature" is how I declared my own purpose when I was just seven years old. I'm nearly into my eighth seven year cycle since then and each time through the wheel, i break off and chew another bolus of years, adding to my repertoire and facility with language, with understanding, with enlightenment. See, teachers never stop learning. i have the same excitement as the seven year old boy when I am studying and learning, that is how my mind reaches out and touches the world around me. The four biochar students that I have had from Africa have taught me as much as I have taught them. Through the technology of the internet, we are brethren in the revolution that is not being televised. for fifty years those who have known the truth have been biding their time, waiting for the world to change as the Gen X anthem said it. The times have changed, and not, for good. 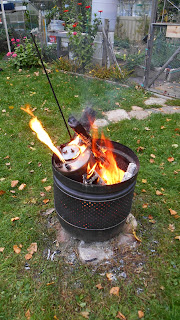 I teach biochar classes to all who are interested. In one sense it is the best way to physically heal the Mother, Earth, from whom all good things flow, and boy do we sure need that now! I am even willing to skype to a group of people and I'm working on a video outlining the process and steps to make fabulous char into boutique biochar. I am also turning every dollar raised by these efforts to me campaign for U.S. House of Representatives, representing Northeast Wisconsin. If you would like to support my campaign for congress, send money through Paypal at account number tnsaladino42@hotmail.com. If you would like to get further information on making biochar, please e-mail me at the same address.


Posted by Bioneer: Tony C. Saladino at 10:07 PM
Email ThisBlogThis!Share to TwitterShare to FacebookShare to Pinterest