During covid-19, outreach has been mostly limited to on-line and digital links. The half dozen times I had to be around others were because we were moving or had to see a doctor, little things like getting a car repair done. I put it off for over a year because I drove less than twelve hundred miles last year. As often happens when I have time on my hands, which quarantine gave us in spades this past year, I discovered the history of the Lincoln Highway. The first coast to coast road in the U.S. There was a great public outpouring of support for this road and not just upgrading the quality of it from end to end, but to include signage and comprehensive directions, so travel could be much safer with less adventure. There was a new way of thinking about the automobile then an dthe public was glad to step up and sponsor th enext big thing, it seemed that millions wanted to help fund that first big step toward becoming a mobile society, they invested in th esort of future hey could only dream of, a road that would take you from coast to coast.
I would like to think that our understanding has grown. Many lines of research prove the need to rebuild our soils and stop their wanton destruction the way "modern" industrial agriculture does. I live in a Wisconsin County with the highest number of tons per acre blowing or washing away each year. Living soils create the opposite conditions. Many are coming to realize that it is our duty to be the first, to show by doing and to preserve as much soil as possible for the future of our species. The question for many is: How? ECO-Tours of Wisconsin has been teaching these principle for over a decade and we can scale this up and replicate it virtually anywhere! We are having a major influx of interest in biochar classes, permaculture and sustainable living classes just in the past few months. More importantly, we are beginning to see a possible route to end the pandemic. The way we go back to will never be the same as before. People are valuing everything differently. They feel, a need to learn how to grow their own food, put it up for harsh times, live like the soil matters and that is what we have been teaching for generations. I see the need for hundreds of schools like ours that can train thousands, hundreds of thousands, perhaps millions of new-age CCC recruits. Civilian Conservation Corps made many changes to our landscape, especially parks and public spaces that are still giving back after half a century of service. Our new version, a Civil Climate Corps could turn th etables on our assaultive behaviors toward soil in a generation. We have no time to waste! In the Spring of 2021, we have more than thirty million unemployed young people, imagine unleashing their potential in building soil, managing for diversity and carbon smart management goals. We cannot afford to squander the desire of our youth to be part of the soul-ution. We all know what the problems are, but we rearely speak about solutions, these Living Soils Association Camps will train next-level permaculture practitioners, carbon-smart agriculturalists, sustainability experts and folks who know how to restore carbon to soils at pace and help reverse the atmospheric carbon trend. It is time for growth, in my hemisphere, the life is expanding, we need to mirror, emulate, mimic, whatever you want to call it, nature. We need to do it now. Nature models for us mutualism, where all organisms benefit from the life force of other organisms. Communities collecting and equitably redistributing resources is the rule, not the exception in the natural world, we can teach one another to do that as well. The many are always more stable and healthy than a few, especially when they know how to share. We need to honor that, respect it and give back in ways that honor this natural system. 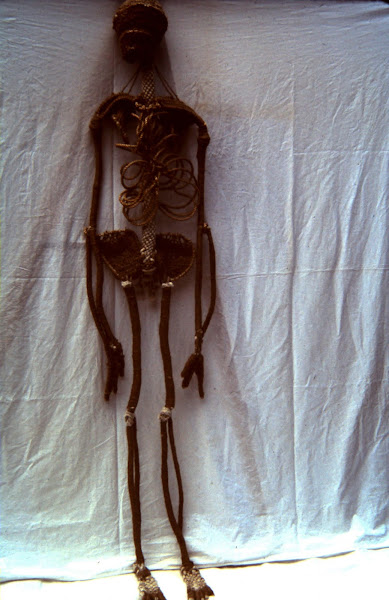 Living Soils Association can deliver to soil a level of recovery, protection and restoration that will reduce erosion, increase infiltration rates, increase CEC (Cation Exchange Capacity)build soil carbon, both organic and mineral, increase soil life, soil aggregates and productivity and all while reducing the need for irrigation and fertilizer. By using dollars raised from the general public for a model, living laboratory teaching these skills and creating a replicable program for a larger national effort is essential. Our organization has always used contributions and all volunteer staff, because we are committed to ECO-Tours, reforestation, land reclaimation and ecology, but to grow this movement will require funds, we just want to model how to spend those dollars efficiently or ideally fund stipend for service from the Federal Government, we could employ millions, across the country at short notice. We need mobilization of resources and I'm sure that our youth will respond just as they did during the old CCC days. Back in the Thirties, they were paid just a dollar per day, but they got tents to sleep in and meals too.
Posted by Bioneer: Tony C. Saladino at 5:41 PM No comments:
Email ThisBlogThis!Share to TwitterShare to FacebookShare to Pinterest
Labels: living soil
Newer Posts Older Posts Home
Subscribe to: Posts (Atom)