Egg On Their Faces

I found my way to a site that claimed to have research on bio-char. They supposedly found that loss rates can be as high as sixty percent in their "test plots", with the majority being lost to runoff and a significant amount just blowing away. I personally have worked with char for about three years and I can imagine scenarios that might approach those numbers, but only an ignoramus would leave the char sitting on top of the soil, on a hill in a rainstorm, or try to top dress a windblown prairie that has had virtually all organic matter produced there removed from it for decades. The ultimate refutation of this "scholarly" work lies in the fact that 2,000+ year old fire pits are frequently nearly 100% intact and that the most easily recognized element in them is carbon. Human-sequestered carbon. In this age of anthropogenic climate change, looking to the options we have for removing carbon from the atmosphere, especially the simplest ways that require virtually no special equipment or heroic new technologies just makes too much sense for our oligarchs. They always want to overdo things.

It has recently come to light that some scholars are willing to doctor their research or tailor it to meet the requirements of big donors. This is not to call all science into question, but when you know what you are trying to describe, and how it is supposed to look, the mere thinking that you know what you are doing can have drastic consequences. Advancing human understanding is difficult enough when we bring to the table a huge number of assumptions, expectations and rules that have been established for centuries. Looking at the here and now often challenges us to let go of what we have been told.
I received this picture of a page from a magazine from a friend, who is learning about using biochar and was interested to show me that the message is being echoed in the press and there was no credit given. (Please forgive my not having the name and issue number of the magazine it came from.) My presumption is that the image comes from National Geographic magazine because it is a thinly veiled advert for them, designed to sway the hearts and minds of casual viewers to believe that the institution, now owned by Mr. Murdoch and his Fox Entertainment Group Inc. has the best interests of Costa Ricans and tropical farmers in mind as they massage their public image. This information is intended to be used for educational purposes only. I am sharing it to hone to a fine point my concerns about the inhumanity of capital against humankind. Billionaires and corporations owned by nameless faceless corporate boards, like oil giant Shell or corporations owned by oligarchs from overseas, like Rupert Murdoch, want the World's population to see them as benevolent. Whether they are or not can only be determined by looking critically at their actions and the results of those actions.

The photos above raise more questions than they answer in that regard. Optimal sizes of biochar particles are 2mm or less, far smaller than the pieces being buried in the photo. Natural processes in the soil will never break down the relatively giant chunks of char that are being buried in the photo above. The char pieces pictured above will suck moisture out of the soil and keep it out of reach of the roots that char can benefit if used and prepared properly. Since the picture shows people adding raw char to the soil, they are creating a massive sink for nitrogen, which will deprive plants of that important nutrient as well. Trying to think like a microbe is difficult enough without letting industrial minded donors push our attempts to benefit humankind push short sighted use of appropriate technologies in inappropriate ways.

It is difficult enough to make positive change. Cooking the books and offering help that hurts only complicates the issues and makes adoption of appropriate technologies less likely to be adopted. I think that this sort of activity does more harm than good.

TLUD technology is an acronym for Top-lit, up-draft, which is a fairly simple way to drive off the volatile gasses from organic material while preserving the carbon that has been heated to a glow in an oxygen deprived atmosphere.

Posted by Bioneer: Tony C. Saladino at 7:04 AM No comments:
Email ThisBlogThis!Share to TwitterShare to FacebookShare to Pinterest

Biochar and the Five Principles

My pagan friends know the Earth, Air, Fire, Water, Spirit connection well. These forces and qualities permeate, entwine and give substance to all that surrounds us. All of these elemental forces are alive in soils as well. Biochar can help heal and nourish our environment, our soils, our cells, our selves and our spirits, but only when we take the time to honor the fundamental parts, the char itself and the life giving nutrients and minerals that we add to it with love. I have been part of this process since before time began and my ideas will continue to be passed along centuries after I have passed the veil. That is one of the things about charmaking that has become infinitely clear to me. Making it and using it allows one to step out of the human time scale and operate in th ename of and for the sake of thousands of generations into the future while honoring those equally far back in time as well.

The Earth, supreme mother and womb of all terrestrial life is the structure, the latticework upon which life thrives. The fundamental basis for biochar involves roasting organic cells to purify them, pyrolyze them down to nearly pure carbon. As you can easily see and understand, the roasting involves fire. During the actual roasting, it is important to deprive the char of air, otherwise you will be left with mineral ash only, the beginning of making lye. The black char acts as a structure upon which soil organisms thrive.

The Air comes later, once the char is heated to glowing hot (about 450 degrees) and left to cool, the char becomes highly absorbent and can be allowed to, should be allowed to breathe. Interestingly, the surface area of finished char is over fourteen acres per handful and the smaller the bits, the better. most experts recognize a maximum size of 2mm, or about the size of a grain of rice, but my work is finding that smaller seems to always be better. The smaller the particles, the more surface area that can later hold moisture and nutrients and to exchange gasses (air). All living things must breathe soil is no different. Healthier, deeper soils need air, so organisms living in them can exchange gasses.

Fire lends an energy to the char that lasts literally for many millennia, like clay, once fired is as permanent as rock. The cellular structure of the parent material is preserved as a microscopic network of tubules upon which life can thrive. We invest time, energy and thoughtfully prepared substances to the char to make soil faster than the Earth ever does. Our efforts are rewarded over immense periods of time. Doubled crop yields, half the need for irrigation and massive increases in CEC (Cation Exchange Capacity) at only 1% concentration is well documented. Adding this fired, microscopic sponge to soils changes their character for the better, forever.

Water, is part of the magic as well. Char holds 6X its own weight in water. Although char is extremely light, biochar is relatively heavy. Once ithas nutrients added, primarily with organic sources of nitrogen, and mineralized (typically with rock dust or other mineral-rich substances), it can hold even more moisture. Finally, when a safe and secure habitat is created upon the surfaces of the char, healthy soil microbes are introduced that will colonize and fill the char with microscopic life.

Finally, you ask, What about Spirit? This is the part that is most difficult to speak of. For me, after five years of making char, caring for soils and building my garden beds, I am only beginning to grasp the spiritual depth of my commitment. Giving our lives for our children or a cause only take us so far, but giving our life force to the healing of the soils upon which we grow our food, upon which future generations will grow their food, upon which forests rely and upon which future generations will make their way, now that is a profound gift.

We are stardust; with a brain 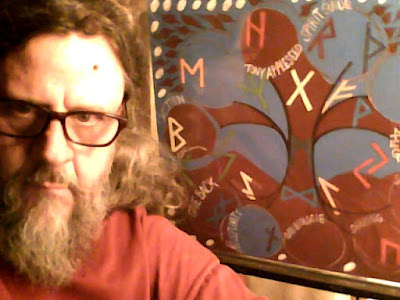