I saw a great visual aid for understanding just how important the topsoil of our planet is. Let me thank the filmmaker of One Man, One Cow, One Planet, for showing this very exercise to help understand the Earth and her biosphere. In this example, or mind exercise if you prefer, it helps to understand that an apple when representing the Earth, has a skin about as thick as the zone within all life flourishes. The apple skin is actually true to scale as if it were to represent the thickness of a zone, it represents the distance between the top of the atmosphere, where life can live, around the height of Mt. Everest 8,848m (about 29K feet); to the deepest point in the ocean, nearly 11,000m (36Kfeet) below the sea level the Challenger Deep (part of the Marianas Trench). This becomes important later on, when the end of the example comes up. Keep in mind that within this thickness, all life we know of exists. Soil thickness within that tiny sliver of life is rarely more than a few feet deep, out of that peel of the apple nearly twelve miles thick. 20,000m (65Kfeet) in a few places soils are mere inches thick and places where chemical agriculture has predominated, the humus is nearly non-existent, leading to bankrupt soils that can only grow crops with massive chemical inputs.
Concentrate on how much of the apple goes away. These portions are unavoidable physical facts. 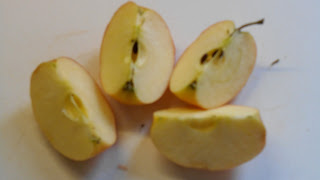 First, cut it in quarters, eat three, representing world oceans. It is unavailable for crop production. 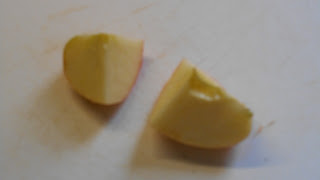 That last quarter cut in half, eat one it represents mountains, desert and ice; again non-arable land. 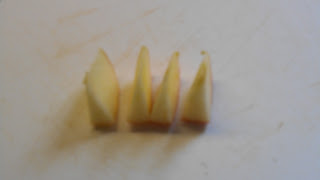 The last 1/8, cut into four parts, eat three, they represent areas too wet or too dry for crops, rocky areas, and places too heavily forested or urban to be farmed. All of these are non-arable as well. 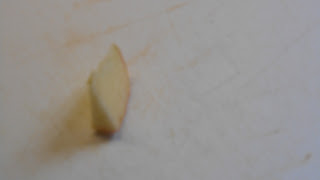 So, this 1/32 represents the portion of the planet we need to focus on. But first, cut off the peel... 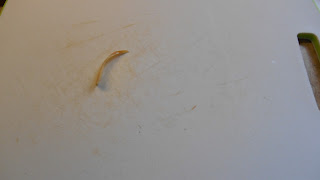 Representing our nearly twelve mile thick biosphere, soils might max-out at just a few feet, thick; the area we need to focus on is even smaller than the peel can represent. The actual part we need to focus on is probably only as thick as a single water molecule within this tiny slice of apple. Biodynamic agriculture and using biochar actually build soils long term into healthy productive land. Besides healthy food, the biochar helps reduce irrigation protecting water resources as well. This is the sort of revolution we need to turn the tables on the petrochemical industries. We typically only have to build enough soil for healthy root systems in our plants, and we can sustain life, generate income for communities and pass along the information, genetic and otherwise for sustained yields throughout the ages. Nature can take a hundred years to generate a single inch of soil. On my land I built three to five inches in a single year. Creating lush abundance is not difficult, anyone can learn the techniques, it also instills an immense feeling of pride when you can stand back, look at a trouble free, fecund acreage and know it is taking care of itself and you because it has been provided everything it needs.
Posted by Bioneer: Tony C. Saladino at 9:35 PM
Email ThisBlogThis!Share to TwitterShare to FacebookShare to Pinterest