Welcome to the "New Year". Many Earth religions found that the return of the light (the Sun) was as good a time as any to renew their own commitments, to take hopeful steps toward new beginnings and to secure their homes from the cold moons between themselves and the coming Spring. Renewing ties to our community, kicking out dead wood and coming to terms with what has worked as well as what has not was also a big part of the rites that many native tribes practiced during the long nights and lengthening days that signaled both the coming of Spring and living off the stores of the previous harvest season. We (our species) may have, for the most part, beaten back the specter of the coming starving moons, but the rituals that we practice during this time are fundamentally still a response to ecological conditions and the very slow warming of the planet upon which we live.

I could delineate the nutrients and the need for water that our human organisms depend on to maintain our lives, but there are other sources for that sort of information. What my focus is on is the quality and types of water and nutrients that we can secure from the world around us. We have had a recent brush with catastrophic conditions over the last few years. The iodine that is, of course, a vital nutrient in our bodies has been replaced, to varying extents with radioactive iodine 131. In the weeks and months following the Fukushima Diachi melt downs and explosions, a plume of radioactive isotopes too numerous to list here erupted into our atmosphere, the ocean and the food chain upon which we all depend. Few were ready or willing to take iodine supplementation because the governments of countries around the planet played down the risk associated with the largest nuclear disaster in human history. 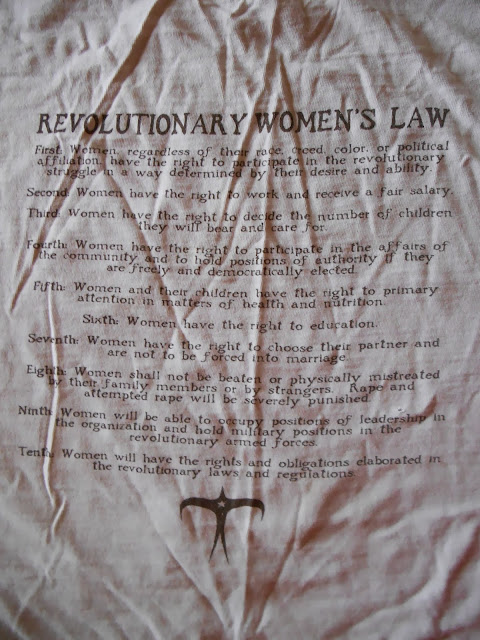 I could go on about the continuing releases from these facilities, but focusing on the many levels of both stupidity and deceit associated with the disaster serves little purpose but to incapacitate people who are needed to make positive changes in the world around them. each and every one of us are needed in this time of global crisis and catastrophe. Billions of people have been exposed to increased levels of radioactive isotopes. My own country, The United States of America in their infinite wisdom upped the acceptable dose of radiation that they consider "safe" even though science has proven that there is no acceptable level of exposure to radiation. Any exposure can have negative consequences, that is part of the reason that the "ozone hole" was of such great concern. Many of our vital needs are still in our blind spot because science has not kept pace with our technologies.

I could list a series of technologies whose damaging effects were completely unknown until it was too late, but that is not the thrust of my message. In light of the fact that we are on the cusp of major changes all around the planet, I would rather speak of what has worked, how to meet needs that have been long ignored and how to understand the difference between needs and wants. Only the basics are truly needed. All organisms need a few essential things. We need to eat, excrete, exchange gasses and reproduce. We need shelter, food, air, water and shelter from the elements. Ironically, all of these basic needs have had technologies applied to them that have unintended consequences and many of these unintended consequences are working at cross purposes to our survival, not only as individuals but as a species.

Our food shed has been contaminated in many (if not most) parts of the world. In an effort to use science to create the first "green revolution", we pumped billions of tons of petro-chemically derived fertilizer, pesticides and herbicides all around the globe. The corporate outlaws who made billions from the poisoning of our planet are still among today's fortune five hundred corporations. We do need food, but not at the cost of contaminating the land upon which our crops grow. Not only is it possible to live and remain vital on a diet of organic produce, but it may be our best chance at survival as well. Food is not supposed to make us complacent and sick. Good food feeds and nourishes us in ways that contribute to our life force, enhance our vitality and inspire us to achieve great things.

Billions of us making small changes can have a miraculous effect on the world around us. In fact, it already has. Live water, like that which flows from artesian wells is full of life force. Water pumped out of the earth with electricity is somewhat less energized with vital life giving forces. In fact, the energy shed that produces the electricity for water pumping could essentially destroy forests, if it came from coal burning power generating stations, it could come from nuclear sources that create dangerous waste that will remain dangerous for tens of thousands of years and even if we utilize state of the art renewable energy sources, those technologies come with a series of ecological impacts that we frequently ignore, calling them externalities. Looking a little closer at the water resource, perhaps you remember the old way of getting this vital fluid. In our yard, we used to have a hand pump. Even that tool had to be made in a giant steel mill, which pumped carbon and a host of toxic compounds into the air, but the operation of that pump only put our arms to work, pulling at the well head like a mouth on a straw. Returning to this "old way" would at least get us to realize that the quality and vital nature of water under our feet depends on how we act here at the surface of the Earth.

There is a difference between survival rations and what we require to thrive. Our wants have little to do with either.
Posted by Bioneer: Tony C. Saladino at 8:35 AM
Email ThisBlogThis!Share to TwitterShare to FacebookShare to Pinterest