We are facing a rapid draw down in both life expectancy and birth rate. This alone will reduce our carbon footprint, but not nearly fast enough. If we add in increasing efficiencies that continue to be available across a wide spectrum of products, the reductions will begin to get more serious. When I first began getting interested in solar as a viable option, the cost of installed solar generation was over ten dollars per kilowatt. The cost today is below two dollars, less than 20% and the panels today are vastly superior in that a smaller size can produce more power. Advancing technologies continue to bring costs per unit of production down. As important are the demand side avenues which avoid having to grid tie systems or, in fact, use large quantities of electricity at all. This, in turn brings the costs of remote systems down considerably. This in turn feeds allowing deeper penetration into the market. In many resort or remote areas, the cost of ice is typically high, but in times of too much Sun or wind on a non-grid-tied system, making ice would go a long way to using available energy, converting two abundant resources, to reap rewards longer term, from excess production. 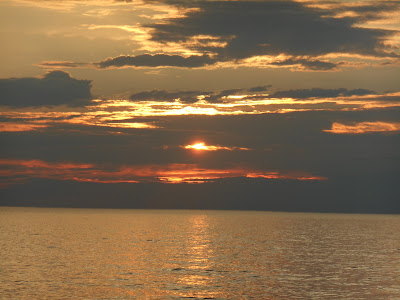 Thinking of all the ultra-wealthy interests who will be buying carbon offsets as soon as it is possible to do so, purely to continue to pollute makes me feel ill. Will we be surprised when they get stared down by a general public already aware of the attempted sanitizing of horrible production methodologies? The public is quickly coming to understand that carbon is the culprit and buying some to shove in the ground just to cancel out continuing emissions won’t help, we need to not only cut emissions, but fix carbon, in soil, the way we have for at least nine thousand years. Many of our preconceptions about ancient humans are skewed by words like “primitive”, which humans have not been for many millennia. Imagine, living your entire life with the fire pit at the center of your life. One thing you would know inside and out, like the back of your hand, would be fire. It would not take long for a sentient being to understand that there is still residual energy in black charcoal and once it turns white, that energy is gone. It also would not have taken long for those of our ancestors who paid attention to figure out that by adding manure or urine to the black material and crushing it to tiny grains, that agricultural land could be enriched and that benefit would last, season after season, as long as they could measure or conceive of…forever. If you would like to know how to sequester carbon and double crop production, please let us know. We can always be reached by e-mail to arrange classes. biocharmaster@gmail.com
Posted by Bioneer: Tony C. Saladino at 11:13 PM
Email ThisBlogThis!Share to TwitterShare to FacebookShare to Pinterest