We have looked into science fiction conformity, the Borg are just part of a collective. Not a single hint of personality among them. There are religious conformists, ecological conformists, team conformists, music conformists, food conformists and even those who conform to patterns of consumption, deemed appropriate to others, not for any want of it themselves. Oppressed by their similarity as much as their exploitation by industry. conformists typically hate change and just want to be allowed to remain static, along with things around them. 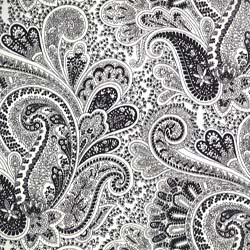 Variability was so much a part of my life while growing up, that it was more ordinary than conformity is for conformists. My parents were theater folks, That means that we could make reality malleable. My folks were members of the Unitarian Universalist Fellowship, intellectuals, Beatniks, We had a copper pond in the entryway and a cork wall for all that is good with the world! Then, my mom became a Hippy, enchanting us with real and imagined trips, some of which scared the evil out of me and my sister.

On an individual level, change and coping with differences may seem difficult when looked at as a single organism. rest assure ,we are not a single organism, but that is for another, perhaps more philosophic time. We are part of a community. That community is sick. Parts of us are impacted by those we may never know. It is the way of the world now. Our environment has both expanded and at the same time, as individuals, we are often isolated, even among friends. I was sitting at the round table we have for breaks at work and I looked around. I was the only one who was not staring intently into a device. I was the variant. The rest were conforming even though one was consuming news, another was crushing candy, someone else was chatting with their daughter and the fourth was hooking up.

Conformists are like cows, content to keep their heads down and graze, no matter how bad the range may be. Variability creeps in when a cow or three instead keep their heads up, looking for danger, smelling for better grass, even though it may be far off, and acting as sentinels to the approach of anything suspicious. on the level of genetics, the conformity is what allows over 90% of all humans to be fully formed at birth and capable of development into functional adulthood. Variability is what occasionally produces savants, renders some unable to use their limbs or obtain the powers of sight or speech. very rarely, a trait that is advantageous makes it through the static of birth defects to become a new part of the human genome, but it is rare. The variability that we see is in a wide range of traits, form sexually expressed ones to abilities and predilections that seem to be innate, spontaneous talents and interests seem a sure result of genetic and environmental conditions, these, by their very nature are nearly infinitely variable.

In our travels we see various climatic conditions which are the conformity and locally distinct areas with different characteristics, like moisture or slope, or depth of topsoil that change not only the character, but the composition of the forests, or glens, grasslands or shrub. To say the surface of the Earth is covered with infinitely variable ecological relationships only begins to make sense when you understand that in every soil, each square yard, different microbes inhabit the soil, and the changes begin at that level, sometimes many inches beneath the surface. The soil microbiome is the conformity, but humans have assaulted and destroyed vast acreages with bad management the variability comes from ecologically sensitive farming that honors the soil microbiome, supporting it in the process of feeding their crops healthy nutrients and minerals. My urgent hope is that one day, soon, this variability will be accepted as sacred, a trust between human-kind and the plant kingdom. I hope that if there is a system of conformity it has got to be built on the foundations of this variability, or any attempted changes will fail.
Posted by Bioneer: Tony C. Saladino at 9:55 PM
Email ThisBlogThis!Share to TwitterShare to FacebookShare to Pinterest