This is super funny. Technology is so advanced that when I saw that there were 199 posts, I assukmed that this would be the two-hundredth, but it is not. You see, there are seven drafts that need some work that were counted in the 199. So this is post out of sequence. However, it adds significance to the next seven posts, because they will essentially be made out of sequence. When I wrote this the seven posts I had yet to finish were, difficult ones for me to finish for several reasons and in keeping with the season, I will bud out into these new territories further and explore them one by one. The list of posts as yet un-published are:
Interference, first draft 4/14/2014
Obligation,      "      "     1/4/2015
Variability vs. Conformity, first draft 7/2/2015
Tenacity, begun 12/25/2015
Clarity of Purpose, from 2/17/2016
Native BE-ing, started 3/28/2017
and Preparing for Equinox 3/8/2018

Here is the post that I put together when I thought there were 199 published already.

A milestone with this post. Number two hundred. In days of the year, it would be 55% of the way through. We are able, using this medium to transcend the confines of books, publishing, freedom of the press and it has had a powerful effect on culture. The fact that I have made my posts to a worldwide audience infinitely multiplies the transformation that took place when Gutenberg was able to produce his bible. Through this blog and theotherfishwrap.blogspot.com, I have taught thousands of people from all around the planet, how to make and use biochar. If you have not read this before, let me explain. 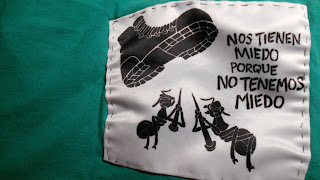 Biochar exists as a tiny fraction of all soils. Soot and dust particles borne from incomplete combustion due to unavailability of oxygen. By making char, purposefully, as ancient ancestors did, we can create multiple benefits for the soils and the humans who live around them. Making a complete list is impossible, but the main effects of using biochar are, doubling crop production, stabilizing soil moisture (char holds six times it's weight in water, more once micro-organisms live on and in it), protecting both surface and groundwater quality, creating long-term soil fertility, and soil microbiome all while sequestering carbon for geologic time.

Today, I was flown over by a bald eagle, which wheeled and stalked the river next door, I saw geese at close range, saw cranes and scared a rabbit in my yard. We all know too well the overarching problems of climate destabilization will cost far more than switching to electric cars and mass transit would. One we all agree to pay, through the wise use of the peace dividend, the other consumes us unwillingly.

On a positive note, the burgeoning growth of new farmers, especially womyn and people of color continues. Young and first time farmers has swelled and who better to do it right than those who can see the writing on the wall. Again, we see massive successes in Farmer's Markets, subscription farms and farm to table movements growing across the land. I have occasionally written the term soulutions, but auto-correct and I have a beef about it. we humans redneckonize the play with words in writing it wrong. Hopefully, computers will never understand that.

Years ago, when I first heard the term Deep Ecology, I remember feeling of two hearts about it. On one hand it was comforting that there were others out there trying to get ecological thinking going in an intransigent world. The fact that they could get penetration into social awareness and the public debate, the naming of what it really is begins the process of colonialism. Once named, malevolent forces flow in,  like viruses, a name is like a handhold in rock climbing, for them, giving a place for all their vitriol to flow. Actions happen around names. Predilections and accusatory tones, used to gain a point of attack and prejudice. Name, claim, shame. That is how colonizing forces work. My ecology cannot be named. Deep implies a direction, my way is six-faceted, all "directions" must be honored. That's not deep, it is.

Posted by Bioneer: Tony C. Saladino at 4:56 PM
Email ThisBlogThis!Share to TwitterShare to FacebookShare to Pinterest