My work involves building soils. The reason I have put so much effort into this process as I have has not been because that is where the money is, but because, it is where I can do the most good. In fact, as I have found, there is so little understanding about the difference between soil and dirt, that there may never be money in healing soils, or making them healthy, but that is not enough to get me to quit. There are more important things than money. I know that saying those words in our current culture may seem silly, naive or idealistic, but they are true. Life has very important things, like support, security, abundance and relationship. when we feel integrated with the larger whole, that in and of itself is important. We are designed to adapt to our surroundings, but a toxic environment, or one that has been stripped of resources often creates adaptations in us that validate, support and perpetrate behaviors that are not healthy, not sustainable and not able to offer anyone true security.

It seems that many are finally asking the questions that I asked myself four decades ago. My sister may have summed it up best when she told me that she wanted a bumper sticker that asks simply, Whom do you serve? My first post asked that question and it continues to burn itself into my world view every single day. Every dollar we spend, every moment we squander is playing right into the hands people we may never see, or know, or want to believe that we are "serving". It turns out that this is a very deep question with such distantly removed answers that many of us can barely scratch the surface of meanings that it holds. They say, still waters run deep and this year, perhaps we all need to sit a little more still and just appreciate the moving target that is the rise of fascism in our nation. Many of us continue to serve the needs of well entrenched power brokers, but more and more are finding their way toward truth and real justice.

No security can come from staying still, although taking a breather, to get your head on straight is always helpful. The active engagement that creates change is probably the most important aspect of resistance and leads to revolutionary changes that can last for generations. I heard a story this week about a child. Not a bad child, but one exhibiting the behaviors of a bully. This child has been born into a family structure that offers him very little in the way of attention. There are basically only two phases to his existence. He is either taken along and required to have only grown-up experiences, or left to his own devices, which in his family means retreat into his computer. There are no child appropriate activities, questions, discussion or relationships for him to grow through. In many ways he has been faced with a choice, face abuse and neglect in the company of the adults in his life, or retreat into the altered state of digitally mediated experience. One cannot blame him for the cocoon of distraction in which he chooses to live, but what others are experiencing is that the young child becomes easily frustrated and lashes out at others as a result.

When actively responding to our environment becomes commonplace, we can build, create, learn and grow in ways that are not possible when working within a framework of digitally mediated sub-routines and face time with our computers. I have been writing blog posts for over seven years now and not one session at the keyboard has "created" anything that has not first been experienced in real life. Not one concept or idea was born while sitting here typing away at the keyboard. The over six hundred posts have come from actual-factual real-life experiences in which I was paying attention, sharing myself openly with the world around me and participating in a relationship with a large and sometimes scary world. don't get me wrong, life is certainly not all about abundance and security, there are serious problems that abound as well. That is why resistance becomes necessary.

Many, when confronting those of us who are active participants in the revolution that has never been televised ask the same sorts of questions. What about violence, do you see the revolution turning violent? This is because they can fathom nothing but serving their own violent slave masters. Yesterday at Standing Rock, the "police" (which many in the revolution that has not been televised call pigs) attacked peaceful protesters with water cannon, rubber bullets and sound cannons. When bullies meet frustration, they can only resort to violence. They serve the existing system of power and control tactics, belief in violence and for their limited understanding, those are the only options. On the other hand, what people who ask this question do not realize is that, "We are peaceful loving people, and we are standing, standing for our lives!". Those of us who have been walking our talk for over thirty years are astonished at the level of ignorance required for people to even ask about violence. Those who think that violence can solve problems, are in fact, the problem.

I have made conscious efforts to resist oppression by enhancing soil quality. Our ancestors handed down so much knowledge that we would be foolish to ignore it, but on a daily basis we still do forget. embedded in the phrase, and concept that a chain is only as strong as it's weakest link begs the question, where can we find a weak link in the chain of life? it is perhaps so obvious, that most people never even look, but the soil under our feet is one of the links that has been treated like dirt from the beginning. In most areas, we had reduced the fertility and health of the soil even before we knew that it was a thing. We have been so busy serving faraway interests that we neglected and abused the very land upon which our lives and health are determined. In many ways, the most revolutionary act that we can participate in is to feed our neighbors and ourselves healthy food. That requires healthy soil. 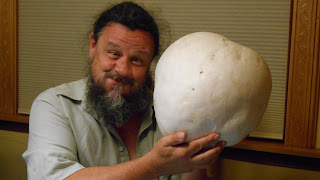 I have seen the riots, the property crimes that have been perpetrated by mobs in the past. I fully expect that there will be riots again, but they are far more likely when a team wins the Super Bowl, a Major League Pennant or a trophy. It is fairly rare that people riot because they cannot feed or house their families. There have always been agents provocateur and false flag attacks designed to make the public thing that anyone willing to stand up for their rights is a threat, but that is completely different that wanton destruction that the current powers that be are willing to perpetrate to "protect" their perceived interests. rebuilding the soils that blew away during the dust bowl days can be done, it is certainly possible. We have the tools and technologies, we even have millions of displaced workers that with a bit of education and training could recreate soil that is healthy and productive virtually anywhere on the planet, what we lack is the will. As long as we continue to serve the fossil energy interests, as long as we allow the military industrial complex to operate their destructive shell game, as long as we let the big money ride on the funding of destructive boom/bust cycles, we will have dislocation, loss and despoiled landscapes to leave future generations.

The classes that ECO-Tours of Wisconsin Inc. offer allow individuals to become caretakers of the soil, double their agricultural output, reduce the need for irrigation and sequester carbon in healthy soils, healing the planet literally from the ground up. a complete series of classes, lasting thirteen moons, three hours thirteen times over the course of the year cost only $200. Single classes are twenty bucks. The classes are taught by real people in real time each full moon at our base camp here in Green Bay, if distance is an issue, I am working through the digital realm to teach the same material through online courses. Please contact us directly in one of three ways. Call, (nine 2 zero) double eight four, triple two four or use snail mail by writing to ECO-Tours of Wisconsin Inc. 1445 Porlier street Green Bay, WI 54301-3334 or e-mail me directly at tnsaladino42@hotmail.com.
Posted by Bioneer: Tony C. Saladino at 8:38 AM
Email ThisBlogThis!Share to TwitterShare to FacebookShare to Pinterest