There is territory on our bodies that we supposedly "own". In fact, some far out liberals say we should have dominion over our entire bodies. "Self determination from within" is how we described it at one of the Yoga Institutes that I have lived communally with. When we take the hypothetical idea of genital mutilation, it is abhorrent, but about half the population gets surgically altered, genitally, within hours of birth and there is no valid reason for it to be done. There is no way to describe the intimate pairing of violence and intimacy that men bear in relation to their indoctrination to our U.S. of American culture. (Most cultures around the planet have now  disavowed genital mutilation) Another way We the People have remained like the very barbaric groups who still practice female genital mutilation. 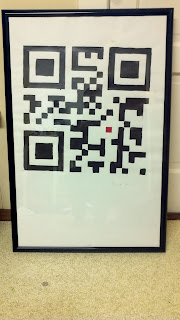 For the purposes of my message, I want to confine my discussion to the male part. Most men do not even realize consciously, that they have been "circumcised". Such a clean word for such an obscene business! I am motivated to point out to half the population that if your junk looks like a mushroom, you were cut. if it looks like your hand, jammed down a sock at the end, you are intact. The message should, or could be easy, if it were just a matter of skin.

This seems to only apply to the half of the population whose genitals would, or could be involved, however, this is never the case. Abandonment issues often arise from being taken away from adoring mothers only to be cut savagely. How many men have unresolved abandonment and or mommy issues? Doctors claimed for years that boys "didn't feel much"; they said there was a natural anesthetic from the birth process. Newborn organisms in need of nurture can't be compromised with anesthetics, so it validated the lie. Children feel it, yet, the cutting continues, for no good reason.

When one considers and understands that sexual assault can even be perpetrated by men in white coats, it changes the discussion. Just because you were cut does not mean your child's penis should look just like yours. The entire culture bears the legacy of all that betrayal, guilt and shame. None of that would occur and nurturing could continue right through the formative years.

Ask the child at the age of adulthood if he wants the end of his wanker whacked off and my guess is that he will tell you to step off!

Posted by Bioneer: Tony C. Saladino at 8:46 AM
Email ThisBlogThis!Share to TwitterShare to FacebookShare to Pinterest