Last night, there was an excellent investigative program on Public Television. It related to the Citizens United case that the Supreme Court of the United States of America decided in favor of the idea that money equals speech. Today, I am broke, so I guess I can't "speak" much. The program showed evidence that at least one 501(c)4 organization has been coordinating with campaigns across the country to deny fair elections across the nation. I don't want to go on and on about the injustice of a system that allows the 1% to give unlimited amounts of money for political speech, that is not my goal for this post. Even though our democracy has been purchased out from under us, what I want to point out here is what can be done to create a better world for all of us.

As long as the 1% continues to purchase elections and as long as the government refuses to reign in the powerful interests that hide behind these 501(c)4 organizations, I will personally try to educate and inform folks about the travesty that we still naively call democracy. I will also continue to offer insight into environmental issues that come from the raping of the planet, poisoning the poor and denying rights to the disenfranchised. One of the things that I will continue to do is to teach my readers, our guests and the general public about the systems that allow our species to thrive as well as those that make us sick, contribute to Idiocracy and genetically predispose us to death and disease. The wealthy just want to keep their cash flow alive and will sacrifice the habitability of our planet every time it bumps up against their greedy vision of more. 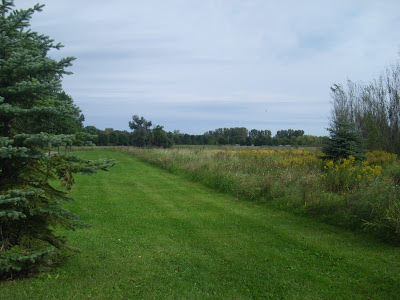 Ironically, the largest number of donations that ECO-Tours receives are from people who are in the bottom 10% of the earnings scale, not because we tailor our message to them, not because they are swimming in cash and are looking for a tax break. No, they give because they realize that being efficient about spending those precious dollars is our way of getting the biggest bang for the buck. If we receive $1,000, we can turn that into a thousand trees and we will work hard to find enough willing and helpful hands to plant them as quickly as possible in appropriate areas where they can thrive. If those thousand trees are planted in places where they do well, there is the possibility of recreating about three acres of forest when they mature. We have planted thousands of trees again this year and are always happy to accept donations to help us continue our efforts.

The deceptive ads and outright lies that are told by political ad campaigns are expensive. The wealthiest among us feel the need to be allowed to fund these vitriolic falsehoods. They call it democracy, or defend the practice by saying that it is "legal". I, for one, challenge the idea that money is speech. I remember the phrase "put your money where your mouth is", but this state of affairs has become ridiculous. As the vast majority of citizens are squeezed ever more tightly in the pincers of corporate greed and the extractive methods that they bring to capitalism, taking away their voice through poverty is both inhumane and unjust.

What we offer through our ECO-Tours is the very real chance to change our nation from the ground up. We will not waste our dollars lying about anyone, we will not try to influence elections. We will not ask the billionaires to give us money so that we may push their political ideology or buy them politicians. We buy and plant trees. Hundreds of thousands of living creatures, including humans are benefiting from the trees that we have planted already. We ask for donations to keep this work going. Our Paypal account can be found by using the account number tnsaladino42@hotmail.com. We look forward to continuing to plant trees and wish that there were a way to spread the word about the injustice of big money running the political process. As those who were paying attention this week may know, Green Party candidate Jill Stein and her vice presidential running mate were jailed on the night of the second to the last debate for just trying to go onto the campus where the debate was being held. Locked up and locked out of discussions, this third party voice had just as much right to share the stage as the well-heeled, corporately owned, figureheads.

Our efforts are made to build soils, protect water quality, fix carbon and make the planet a little more stable. If these goals are important to you, please donate to our cause.
Posted by Bioneer: Tony C. Saladino at 5:34 AM
Email ThisBlogThis!Share to TwitterShare to FacebookShare to Pinterest